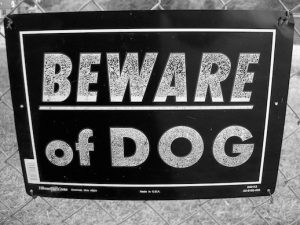 Experts estimate that there are 3-6 million animal bites in the United States every year, around 80-90% of which are dog bites. Nearly 1 in 5 bites require medical attention, and more than 300,000 Americans seek care in emergency room visits annually due to these bites. If you or your child has been injured by an animal, you need help from an attorney who is familiar with the legal and factual issues that arise in animal attack cases. Richard Hricik has represented numerous individuals who have been bitten by dogs or injured by horses or other animals. He can help ensure that you receive fair compensation for the harm caused to you.

Some common factors associated with dogs that bite include:

Damages in Dog Bite and Other Animal Attack Lawsuits

Depending on the seriousness of injuries resulting from an animal attack, you may be entitled to recover for:

An experienced South Carolina attorney can determine the value of your claim and negotiate a favorable settlement on your behalf with an insurance company. You will want to choose an attorney with a record of success at trial so that the insurance company perceives that there is a credible threat and that it will have to defend itself before a jury if it refuses to agree to a reasonable settlement. If you have been injured by an animal, call the Law Offices of Richard A. Hricik, or use the form down below, to tell us more about what happened and receive a free assessment of the merits of your case.

"Pleased with the prompt way you always got back to us. "
Pat & Jim W. *
Read All